Details
Category: In The News 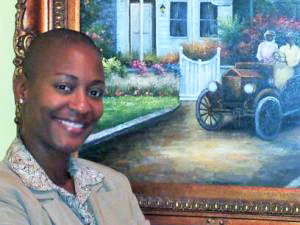 This is a great accomplishment and milestone for Felecia as she joins the REC team as the first African American woman appointed to this position.

Felecia attended Valdosta State University, Valdosta, Georgia where she earned her Bachelor’s Degree in Criminal Justice. After graduation, she went on to pursue a Master’s Degree in Public Administration from Florida Atlantic University in Boca Raton, Florida where she graduated in 1999. In 2005, she continued her lifelong love of learning and enrolled at the Thomas M. Cooley Law School. Felecia received her Juris Doctorate in September, 2012. In February 2014 she passed the Michigan Bar Exam.

She and her family (husband Dwight and son Dwight II) will reside in China for three or more years as they embark on this wonderful journey. Felecia will be missed by family, friends, and her sisters of Alpha Rho Omega Chapter-Alpha Kappa Alpha Sorority, Incorporated.

We wish her and her family all the best!