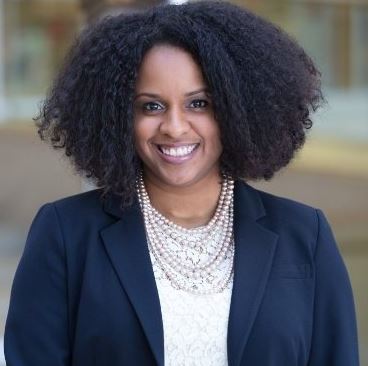 Andrea R. Jackson is the Head of the Archives Research Center at the Atlanta University Center Robert W. Woodruff Library where she oversees all departmental operations and grant and special projects. Jackson earned a B.A. in History from Spelman College, and a M.A. in U.S. History with Certification in Archival Management from New York University. A member of the Society of American Archivists, Society of Georgia Archivists, and the Association for the Study of African American Life and History, she also serves as the founding Vice-President/President-Elect of the Atlanta Regional Council of Higher Education (ARCHE) Archives Council. In 2016, Jackson was featured in an article and video in the Atlanta Journal-Constitution for her work with the Morehouse College Martin Luther King, Jr. Collection, as well as in an online essay about the ties between her love for her sorority, history, and archives entitled, “Preserving an Alpha Kappa Alpha Legacy.” She was initiated in Mu Pi Chapter.